Vaping is not a fad, it’s not a phase, and it’s definitely not a temporary trend. Millions of people vape and for good reason — vaping is a great alternative to smoking. People who don’t want to smoke cigarettes in their homes can now get their nicotine fix while blowing out clouds of vapor that smell as good as their favorite candles.

What about you? Do you like vaping? If so, do you enjoy blowing massive clouds? We’ve put together a helpful guide that shows you how to blow bigger clouds than you ever thought possible. We’re not going to talk about specific products. Instead, we’ll tell you about the best types of tanks, accessories, and settings. By the time you’ve finished reading this guide, you’ll be a pro at blowing huge clouds.

What Is the Best Vape for Clouds? 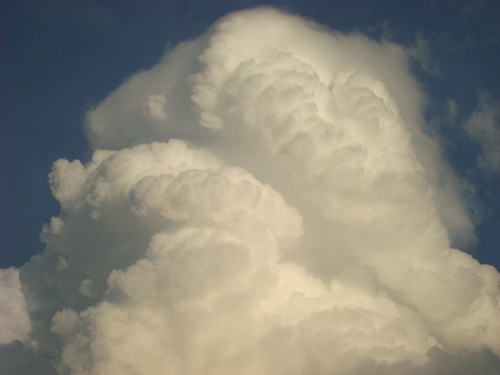 Vape mods with smaller tanks work well for daily use, and smaller tanks also give you more discretion. However, to produce big clouds, you’ll need a mod that features a low-resistance sub-ohm clearomizer. Consider purchasing one that comes with a bottom vertical coil (BVC) and a resistance of about 0.5 ohms. With a BVC, you’ll experience less air resistance, which means that you’ll get more vapor and, thus, bigger clouds.

Even if you have the best vape mod for blowing big clouds, you’ll be disappointed if you don’t know how to adjust the airflow settings so that the mod produces massive clouds. To blow big clouds, you need maximum airflow, which also means that you need a higher cooling capacity. The more air you can get to blow over the coil, the easier it will be to keep the temperature low. The goal is to keep the temperature low enough so that the wick doesn’t get burned from excessive power.

So, what does all of this mean? It means that you need to set the temperature fairly low. This will keep everything cooler, bring in new air, and encourage condensation, which is necessary for big clouds. The more air you can get to blow over the coil, the more likely your mod will produce massive amounts of vapor.

As the e-juice vaporizes, the area above the coil becomes saturated by the vapor. Some of this vapor will need to condense back into the e-liquid so that more vapor can be created. When the air is flowing rapidly, the old vapor is removed and new vapor is formed; this is where blowing huge clouds comes into the picture.

It is also important to know that, when you are vaping, you aren’t really blowing out vapor. What you are exhaling is an aerosol. Aerosol is the vaping liquid in the form of tiny droplets (or a mist). Again, you’ll need lots of condensation to ensure that you have aerosol to exhale. As air blows over the coils, it cools the vapor and causes it to become liquid droplets. Put simply, with a higher air flow, you’ll get a higher rate of condensation, which will result in more visible vapor.

Stronger airflow is also essential because it dilutes the vapor with air. Think of it like cotton candy. With more air, your cloud of liquid droplets becomes fluffier. Yes, it is possible to have too much air. However, for the most part, having more air is better.

In summary, when you want blow large clouds, make sure to buy a mod that has adjustable airflow settings.

Power Settings on the Best Vape Mods for Clouds

The power setting is another important thing you’ll want to pay attention to while trying to blow large clouds. Put simply, you can blow bigger clouds with mods with more power. You’ll blow much larger clouds with a vape set at 65 W than one set at 40 W. However, this is true only when you are comparing the same mods and same type of e-juice.

However, there are several things that you should consider before cranking up your mod to 100W. Whenever you increase the power, you increase the amount of heat that’s generated. This is yet another reason why you need to ensure that your tank lets you adjust the airflow settings. While some people prefer their vapor to be somewhat hot, it is usually best to use a good amount of air. However, don’t let this stop you from vaping how you want to. After all, your vaping style should suit you best.

That said, keep in mind that the airflow will impact the tightness of the draw. You’ll notice more resistance with a weaker airflow. More air, however, can cause your cloud to look airier. Experiment with the settings to determine what suits you best.

Before you can find the best power setting for you, you’ll first need to decide which type of tank you want. If you want to blow big clouds, it’s best to get a tank with a sub-ohm clearomizer. Remember, however, that the coils in the clearomizer may be rated at different power settings.

The coils usually have labels that indicate how much power they can handle and what power settings are recommended. If you set the power at the coil’s maximum power level, your wick will likely burn. If you’re tempted to exceed the suggested maximum power setting, pay attention to how hot the wick gets. As you become more familiar with your vaping device, you’ll discover how much power it can handle.

The bottom line is this: To get big clouds, you’ll need as much airflow as possible. To get a lot of airflow, you need plenty of power. This brings us to our discussion about the best batteries for your device.

Regardless of which type of sub-ohm tank you choose, make sure that it has a battery that’s powerful enough to fight back against the sub-ohm resistance. The best batteries for big clouds will probably be more expensive, but they will last for a very long time.

The importance of the battery for cloud chasing cannot be stressed enough. Are there particular batteries that are better than others for cloud chasing? Yes, there are. These batteries will be somewhat expensive, but they are worth the cloud-chasing benefits.

You’ll find that as you adjust the power range on the battery, it becomes easier to lessen the air resistance, helping you achieve the optimal airflow. Many people say that variable wattage mods allowed them to find their cloud-chasing sweet spot.

A mod with 150 W that features adjustable temperature control settings will be right up your alley, especially if it has nickel or titanium coils. Even stainless-steel coils will work well. Pair this type of mod with a 3,300 mAh battery and you’ll be able to chase clouds for the whole day without needing to recharge the mod. Do you want even bigger clouds? Use a mod with between 200 and 220 W of power.

Some mods come with two batteries. As you can imagine, two batteries are always better than one because they give you more power and a longer battery life. When you’re out shopping for a mod, check out the battery specifications and whether that particular mod makes it easy to swap out tanks. Though this won’t necessarily impact your ability to blow big clouds, it makes it more convenient to use and maintain the mod.

And, if two batteries weren’t enough, you can get mods that come with three or more batteries. They have similar control boards as two-battery mods, but they give you a much longer battery life. Most importantly, with three batteries, you can safely use the mod at its full wattage capability. This means that you’ll be able to blow massive clouds.

Voltage and Wattage Settings for Best Vape for Clouds

If you’re using a regulated mod in its variable wattage mode, follow these tips to get the biggest clouds possible:

It’s always a good idea to begin on a low power setting and increase the wattage slowly. If you start too high, you’ll burn the wick and experience a nasty, burnt taste. Even worse, if you burn the wick, the only thing you can do is replace the coil.

Not everyone prefers the same settings for cloud chasing. What may be too hot for you may not be too hot for someone else. The temperature doesn’t matter as long as you’re not burning the wick and needing to continuously replace the coils. This can get expensive and is not good for your mod.

Always keep in mind that the coil’s resistance will influence how much vapor you can produce. When the resistance is lower, more vapor builds up more quickly and it becomes easier to blow big clouds at higher temperatures. The wires are also important for cloud chasing. Some wires heat up faster than others. Generally, bigger wires take longer to heat than smaller wires.

Low resistance coils can better cope with higher wattages. However, if you have a high-power mod, you don’t have to set the resistance particularly low. It all goes back to the wick. As long as the mod is able to produce the airflow and power you want without burning the wick, you’re good to go.

It is also important to consider which type of e-juice you are using. In fact, your vape juice will be the most significant factor in how much vapor you can produce. Vape juice is mostly vegetable glycerin and propylene glycol. In the past, vape juices usually had higher concentrations of propylene glycol than vegetable glycerin, which allowed people to blow out small, discreet wisps of air after taking puffs on their vaping devices.

As cloud chasing became more popular, e-juice manufacturers looked for ways to change the juices so that they produced more vapor. They discovered that vape juices with more vegetable glycerin can produce larger clouds. Keep this in mind. If you want to blow big clouds, you’ll want to use an e-juice with more vegetable glycerin than propylene glycol.

To ensure that you buy a mod that will help you chase huge clouds, look for the following features:

For some people, cloud chasing is an art form, and it takes time and practice to become good at it. It requires people to experiment with various mods to find the settings and equipment that they prefer. The best mods for cloud chasing come with more than one battery, a high wattage capacity, and adjustable temperature control settings. However, keep in mind that even mods with only one battery are capable of producing big clouds.

FDA May Be Softening Stance On Vaping Regulations